Twelve Variations on "Ah vous dirai-je, Maman", K. 265/300e, is a piano composition by Wolfgang Amadeus Mozart, composed when he was around 25 years old (1781 or 1782). This piece consists of twelve variations on the French folk song "Ah! vous dirai-je, maman". The French melody first appeared in 1761, and has been used for many children's songs, such as "Twinkle, Twinkle, Little Star", "Baa, Baa, Black Sheep" and the "Alphabet Song".[1] This work was composed for solo piano and consists of 13 sections: the first section is the theme, the other sections are Variations I to XII. Only Variations XI and XII have tempo indications, Adagio and Allegro respectively.[2] （Source） 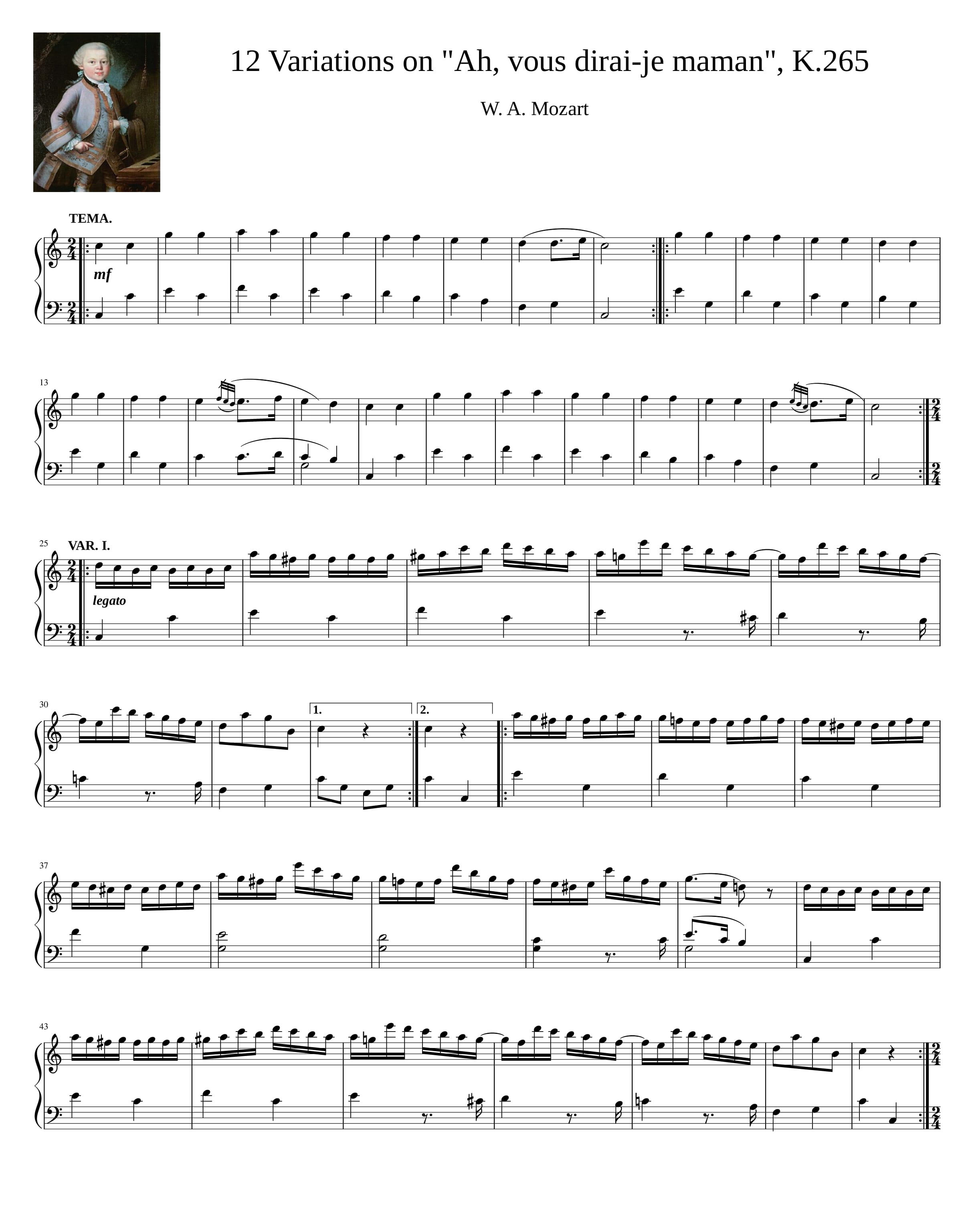 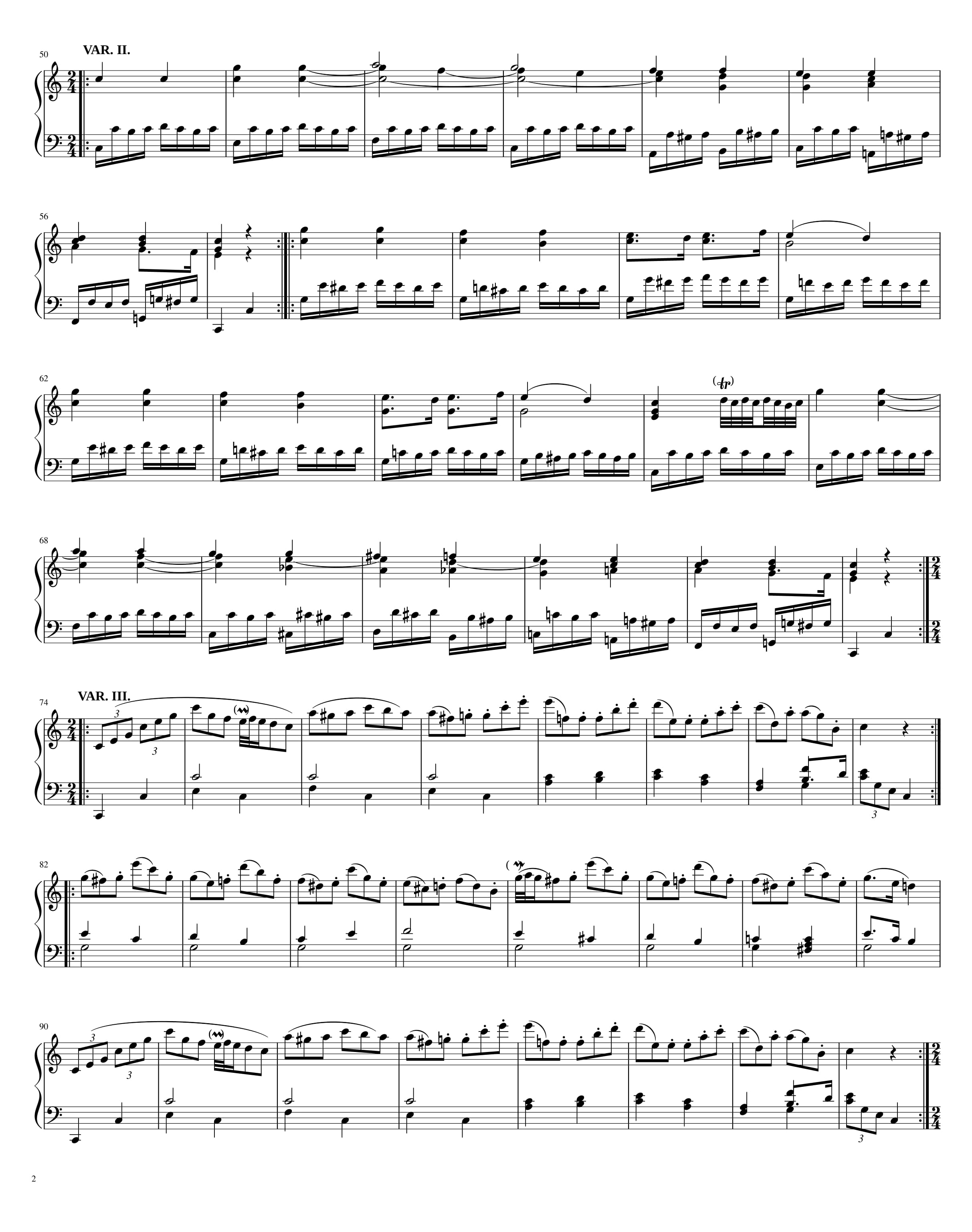 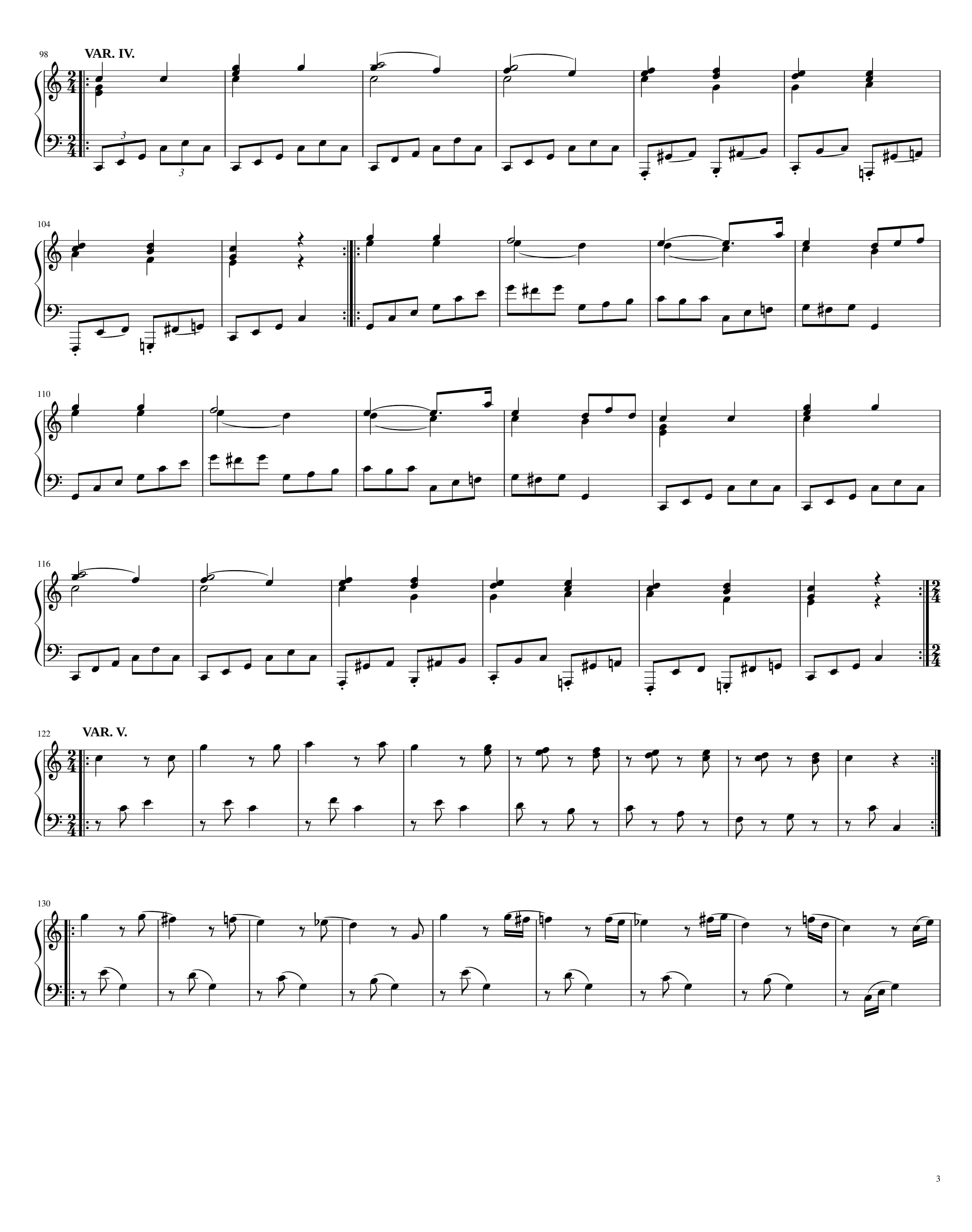 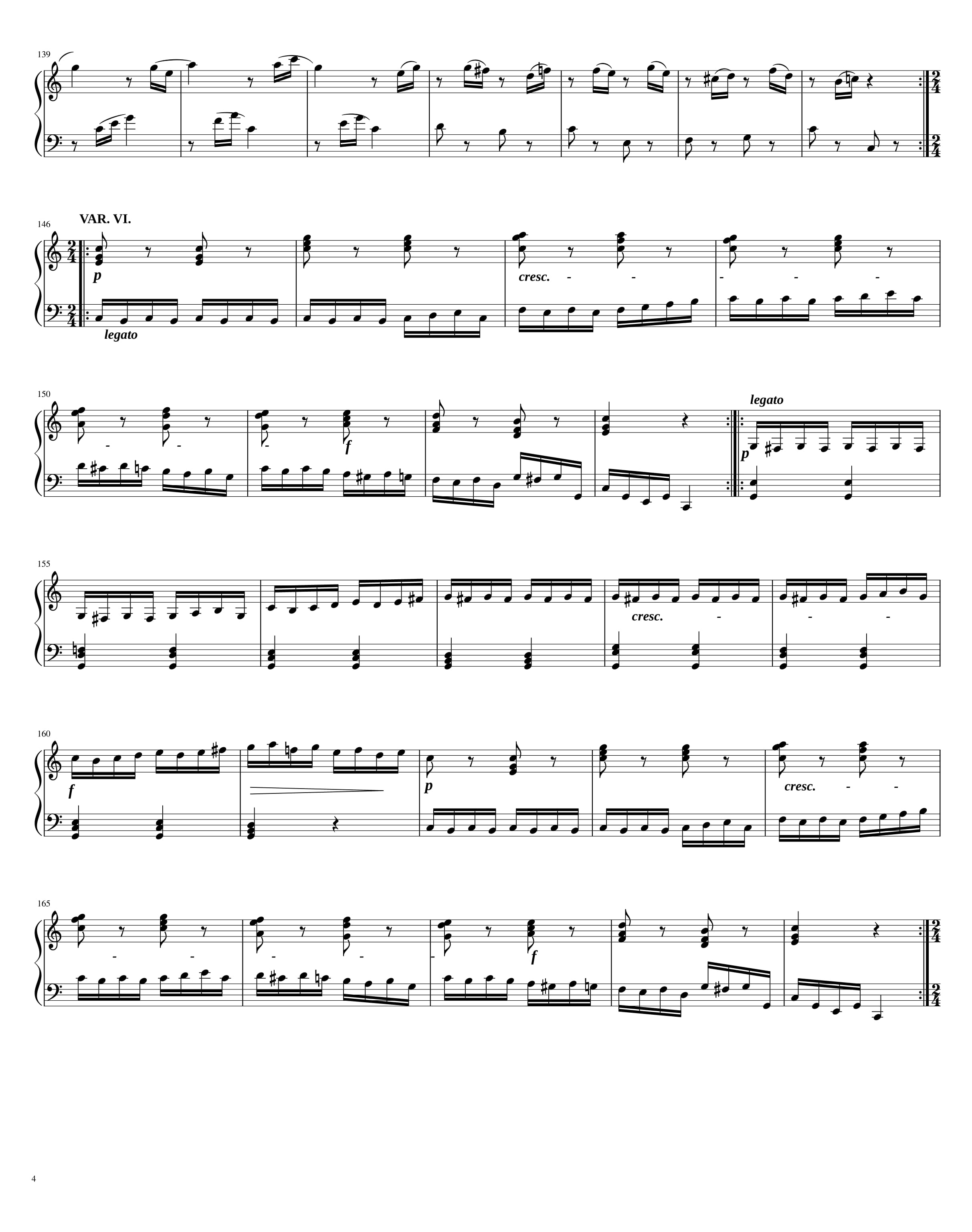 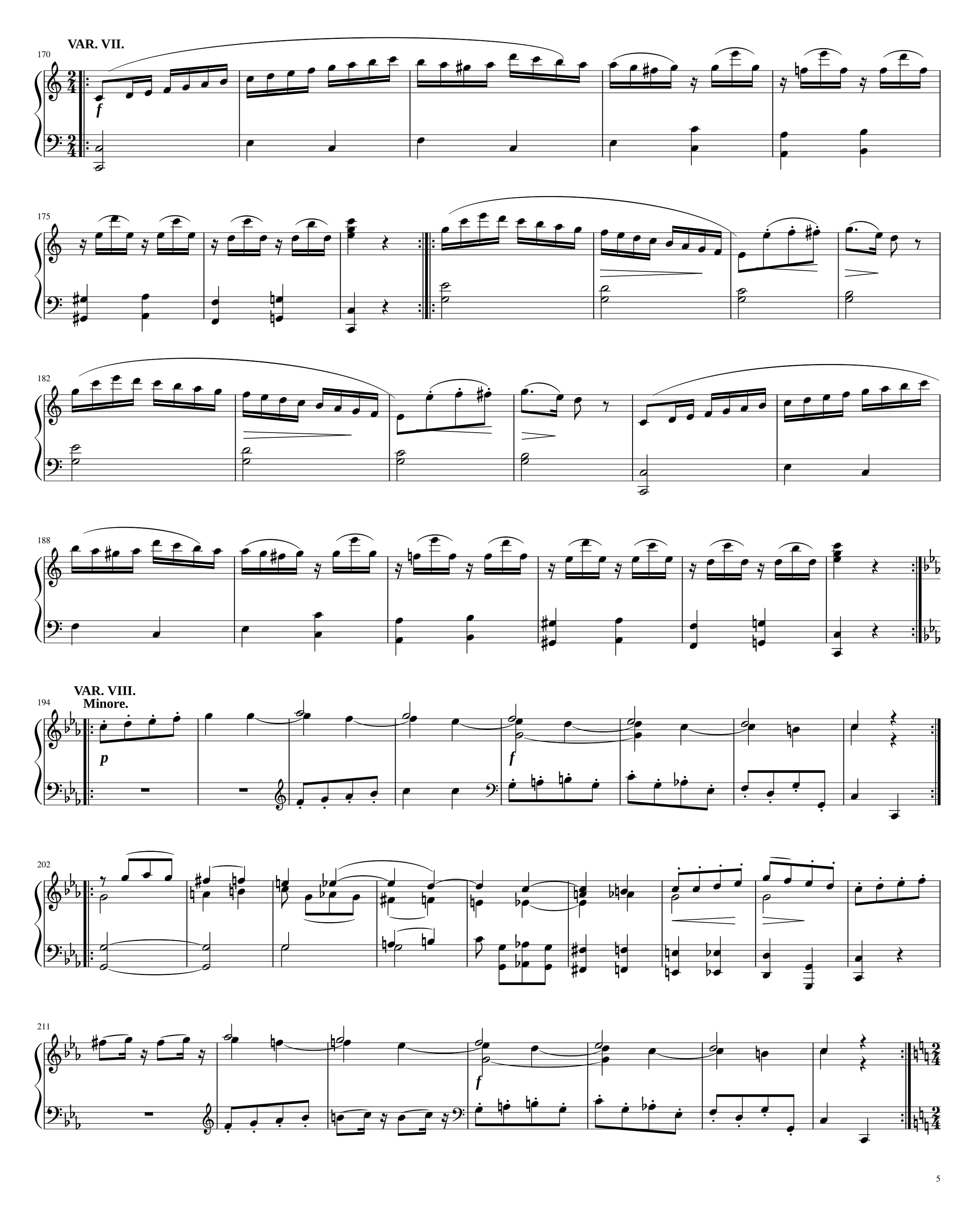 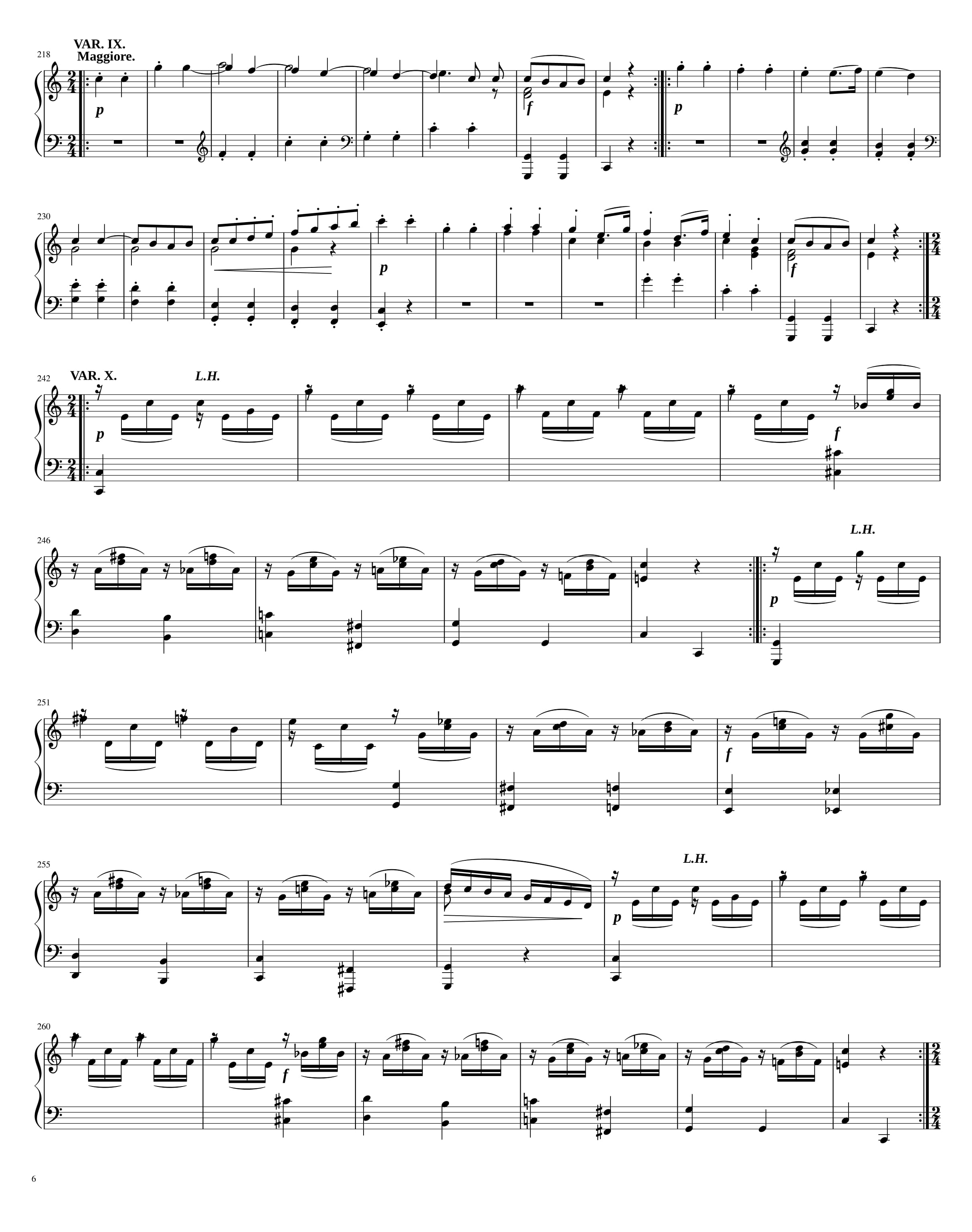 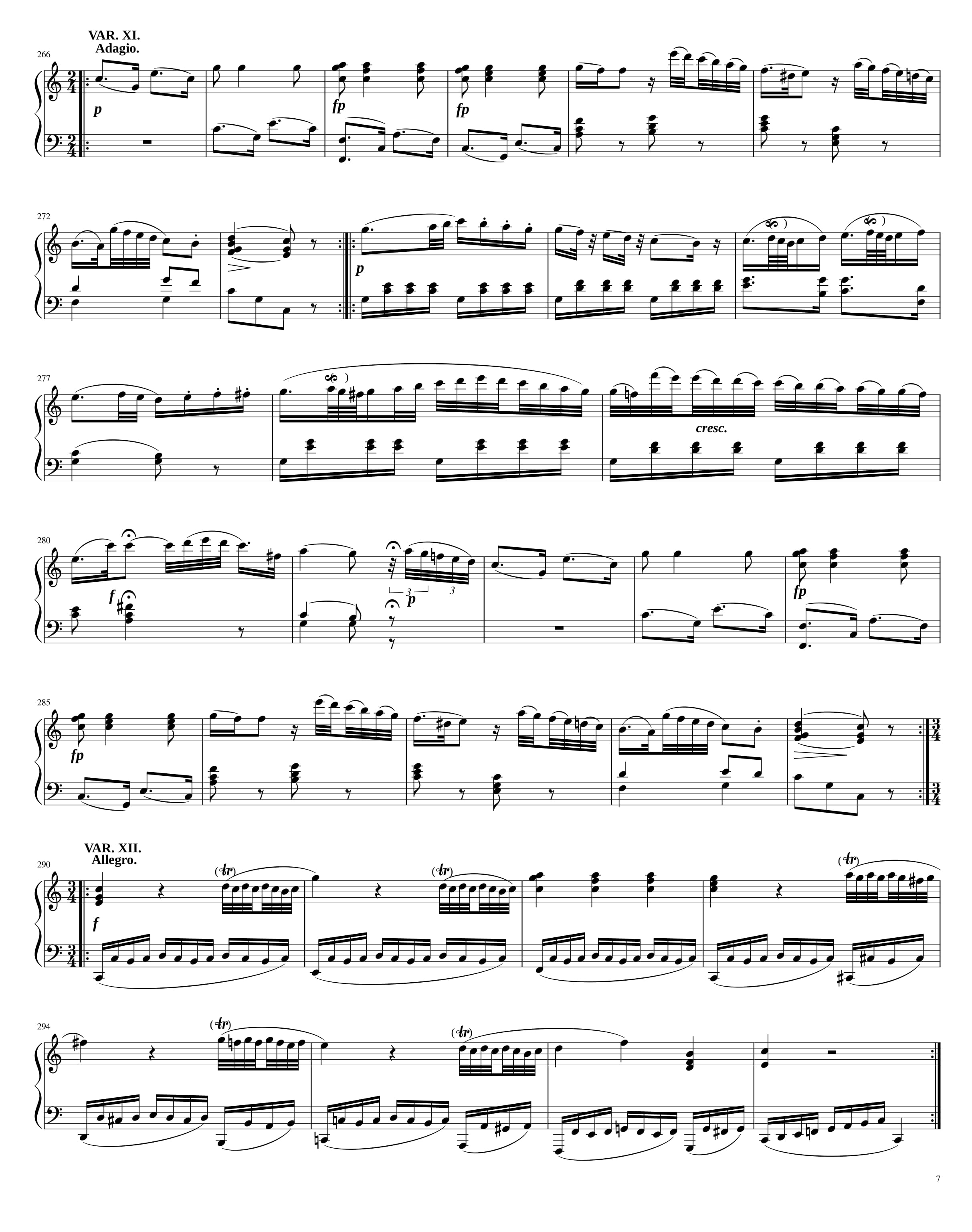 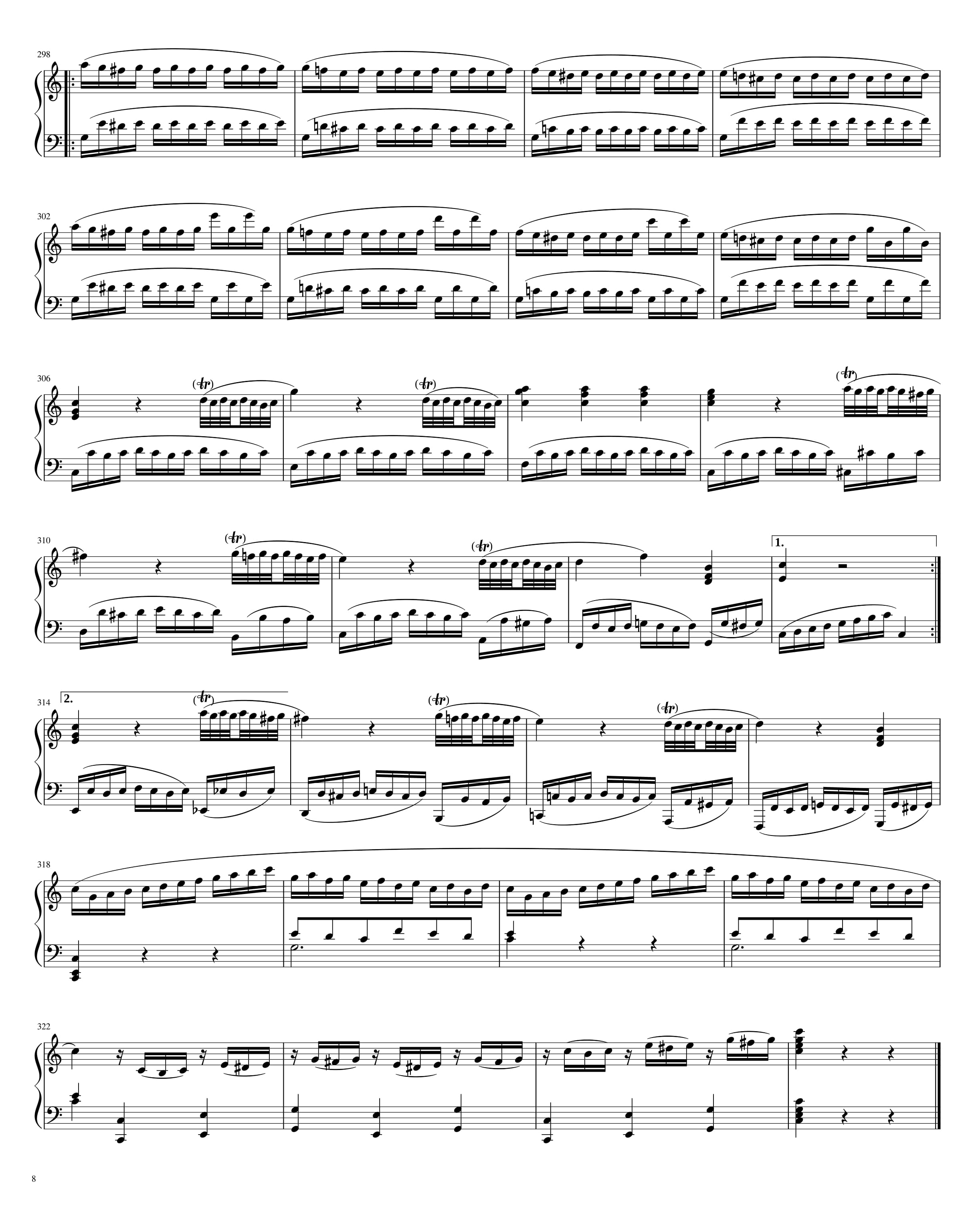